Modesto, Calif. (June 30, 2014) — The California Almond objective forecast for the 2014–2015 crop year was announced today at the office of the Almond Board of California (ABC). Based on 860,000 bearing acres, the California Almond objective forecast for the 2014–2015 crop is 2.10 billion meat pounds.
The forecast, funded by ABC, is administered by the United States Department of Agriculture (USDA) National Agricultural Statistics Service – California Field Office (NASS/CFO).
"This year's objective forecast during a third-consecutive drought year is a testament to the state-of-the-art farming practices and techniques our growers use to minimize water use," stated Bill Harp, almond grower and chairman of the Almond Board of California. "We are looking forward to celebrating a crop that is expected to be the largest on record, and even with this volume, it will be a challenge to meet the ever-growing global demand for almonds and almond products."
Dave DeWalt, deputy director of Pacific Region Office, NASS, said the forecast is up 7.7 percent from the May 1 subjective forecast of 1.95 billion pounds. As of the May 2014 position report, the estimate is up 4.63 percent from the 2013–2014 crop production of 2.007 billion pounds.
The average nut set per tree is 6,646, down 0.6 percent from the 2013 almond crop. The Nonpareil average nut set is 6,121, down 0.3 percent from last year's set. The average kernel weight for all varieties sampled was 1.45 grams, up 6.6 percent from the 2013 record low average weight of 1.36 grams.
"Acres planted with almonds have increased almost 15 percent since 2007, according to the 2012 USDA Ag Census," stated Richard Waycott, president and CEO of the Almond Board of California. "Almond acreage has grown consistently over the years as our family farmers have built their businesses sustainably to meet global almond demand."1


1 Sustainable almond farming utilizes production practices that are economically viable and are based upon scientific research, common sense and a respect for the environment, neighbors and employees. The result is a plentiful, nutritious, safe food product.


Almonds from California are a natural, wholesome and quality food. The Almond Board of California promotes almonds through its research-based approach to all aspects of marketing, farming and production on behalf of more than 6,000 almond growers and processors in California, many of whom are multi-generational family operations. Established in 1950 and based in Modesto, California, the Almond Board of California is a non-profit organization that administers a grower-enacted Federal Marketing Order under the supervision of the United States Department of Agriculture. 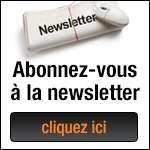